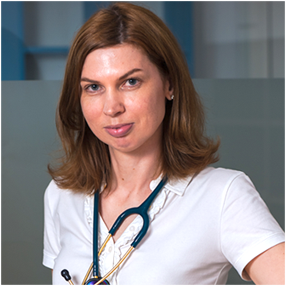 She was part of the staff of Small Animal Clinic Amivet in Sofia before opening Madara Vet in 2014.

A member of the German Veterinary Medical Association and the Bulgarian Veterinary Union, Dr. Sokolova has professional interests in internal medicine, surgery and dermatology. She is fluent in German, French and English.

Graduated from “Hristo Botev” Secondary School in 2005 in the town of Vratsa with focus on biology and chemistry.
From 2005 until 2011 studies at the Trakia University of Veterinary Medicine in Stara Zagora.

From 20014 until 2016 conducts postgraduate specialization in the field of infectious diseases of large animals.

Member of the Bulgarian Veterinary Union

Took part in the following conferences: